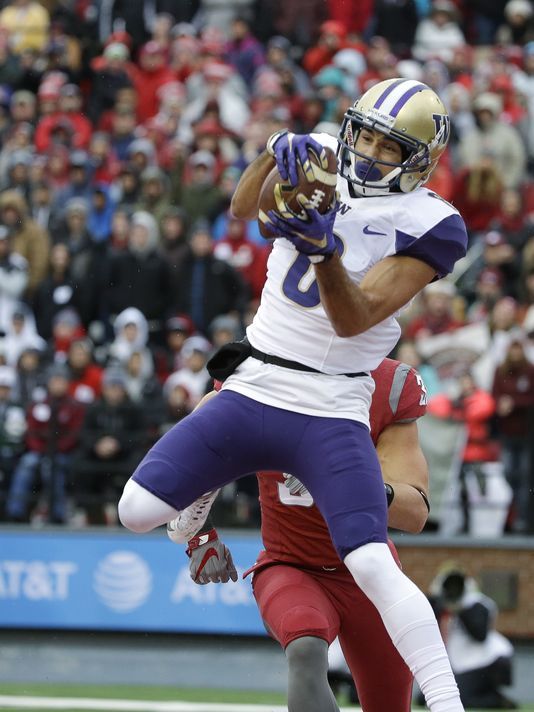 If Dante Pettis was a meal, he’d be a cheese pizza; he’s comfortable, safe, and nondescript. He’s not a player whose skillset is worth hating, but after 8 plus games-worth of film, there’s not much I love either.

Pettis’s best attribute is his ability to separate; unfortunately, a majority of his separation comes in the screen game. He has better than average hands and will make a play at the apex of his jump if he’s in traffic. Pettis will use his body to shield a defender from the catch point, but he’s limited to a 6’0″ 195 pound frame. He’s adept in the punt return game, which bodes will for his short area quickness, and Pettis will get out ahead of a running back and block.

Because Pettis is primarily works underneath routes, he is not ever got to be a primary red zone option for an NFL team. He suffers occasional lapses in concentration, and they seem to come in bunches. Pettis also has a bad habit of waiting for the ball to come to him instead of attacking it for a catch.

If you are looking to draft a player that probably won’t hurt your squad, Dante Pettis is your guy. He’ll get on the field as a returner early in his career, which will give him ample opportunity to work his way into a productive secondary role. It’s not the highest form of haute cuisine, but sometimes a cheese pizza does the job.